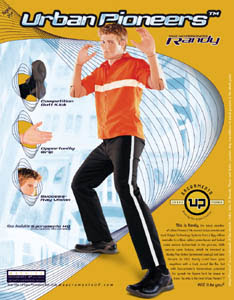 At the dawn of the 21st Century, marketing forces appeared in Sacramento that wanted to draw Bay Arean dot-com failures to Sacramento. The Sacramento Regional Marketing Campaign came up with a pair of mutated action figures, "Take-No-Prisoners Randy" and "Take Command Pam," to represent the target market of plastic-formed trendoids that they wanted to draw to Sacramento.

Shortly after that, a bold little newspaper called Sacramento Comment posted a parody of that campaign. The Comment was the product of Scott Soriano, local smart guy and troublemaker, and this is his product: 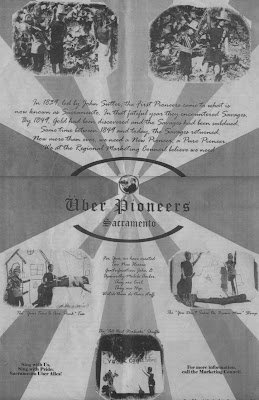 The Uber Pioneers are here, and they're out to remake the city in their own image: basically, the suburbs plus tall buildings. 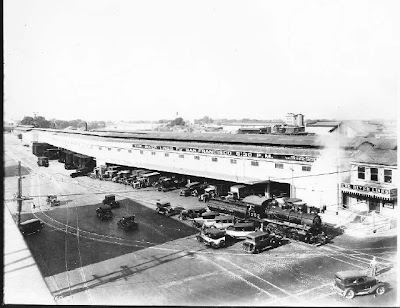 While not related specifically to Sacramento, there are a few books out there that identify some important trends in city development that apply to Sacramento and other cities. They make for interesting reading:

A close look at how urban downtowns went from the place where all the action was to the place nobody wanted to be anymore, and downtown's varied responses to those changes. Excellent chapter on urban redevelopment called "Inventing Blight" which explains that "blight," a term one hears constantly when people want to knock down old buildings, is an economic problem, not a social one.

Worthwhile for its discussion of why Americans got so enamored of the idea of suburbs. Turns out the idea goes back to the 1830s. Explains the process of "redlining," a racially-driven land practice that encouraged suburban growth at the expense of inner-city neighborhoods.

Includes a good historiography of urban history, and provides insight into why American cities are so different physically from European cities. Also points out how, in many ways, city population densities rose shortly after the automobile replaced the streetcar.

I'm still reading this one but it provides an excellent specific case history of how streetcars and commuter railroads created suburbs around Boston, and the building forms that worked well with rail-borne public transit. The author's interest in the region is apparent, and his attention to detail parallels my own ongoing obsession with Sacramento's old neighborhoods.

Another case study, this time of Los Angeles, which goes into some detail about how the development of Pacific Electric, not the automobile, was the seed of southern California's legendary sprawl. The lessons of Los Angeles were applied all over California--by "Borax" Smith and others in the Bay Area, and by the owners of Northern Electric in the Sacramento region.
Posted by wburg at 2:10 PM 2 comments: